This morning I learned, from a comment left on an Independent article, that the paper is owned by
Alexander and Evgeny Lebedev and controlled by the latter. I’ve been
subscribing for a couple of years but today I cancelled, and subscribed to the
Guardian instead.

Vladimir Putin is a psychopath
who has committed countless, savage war crimes, for which he bears
responsibility, but it’s also true he has only been able to acquire the power
he has now because in the West we’ve enabled him with our dependence on Russian
resources and our qualified ‘condemnation’ bred of our fear of losing the benefits
of trade with Russia. In the UK we’ve allowed dirty Russian money to infiltrate
politics. But apart from these giant issues, and that if we had focused on
green energy years ago we wouldn’t need Russian oil and gas, I have to admit
that I’ve played my part in that enablement by not checking up on what money is
being used to create, control or prop up resources I access.

As far as I’ve been able to
see, the Independent is free to publish what it wants, which of course is vital
and counts in the Lebedevs’ favour, but it’s not the only thing that matters.
In the Evening
Standard, which they also own, Evgeny Lebedev wrote passionately about
his family’s record of defending freedom of the press in the UK and Russia and
hotly denied that he is in any way connected to Putin. It makes for
convincing reading. He also pointed out that he wrote an open letter to
Vladimir Putin, also published in the Evening
Standard, pleading with him to stop the war. It’s a short letter, doesn’t
go into much detail. Very politely phrased.

Hardly the kind of condemnation
from somebody who has severed all ties to a psychopath dictator, is outraged by
their war crimes, and neither wants nor needs anything from them. Evgeny also
mentioned the £50,000 raised by his papers’ campaigns for Ukrainians. Great. Perhaps
he contributed the bulk; who knows? But he’s allegedly worth about £300 million.
He could have quadrupled the amount twenty times over and not noticed the
effect on his bank account.

You can tell a lot about a
person by the company they keep. Evgeny has long been great pals with the easily corruptible, self-deluded
serial liar and cheat who is our esteemed Prime Minister and who has profited
wonderfully from that support, which goes back to his campaign for mayor. We, on
the other hand, have all suffered, and are still suffering (those of us who are alive), as a consequence of
that bolstering by Evgeny – and Johnson’s other powerful friends with deep pockets
– which didn’t stop at mayor but elevated him to the most powerful political
position in the country. A position he is neither equipped for nor deserves in
any way at all.

We’re not the only ones
suffering. So are Ukrainian refugees, subjected to inhumane treatment by our
government which brags about being in the vanguard of support with as little
regard for the truth, and the suffering that lying creates, as Vladimir Putin
has.

Further to the company people
keep, in 2017 and 2018 Evgeny Lebedev sold 30% stakes in the Independent and
the Evening Standard to companies registered in the Cayman Islands, through a
series of “unconventional, complex and clandestine” deals. The front man was Sultan
Mohamed Abuljadayel, a Saudi businessman who has connections with the Saudi
state-owned bank Al Ahli bank. According to an article published in the Guardian in 2019, neither paper knows who employs him.

In a nutshell, the Independent is sustained
with money from mega wealthy individuals or organisations from two countries
with hideous human rights abuse records and with connections to the heads of state
of those countries.

It’s easy to be lazy and
dismiss all these things; say to myself it’s all hearsay, and what harm
can I do by subscribing to the Independent? But the reality is that the small
things are building blocks and now we’re up against a giant monolith of
megalomania created from those small blocks. So, I’m cancelling my
subscription to the Independent.

The Guardian is controlled by the
Scott Trust Ltd, and as far as I can see there are no oligarchs with former or
current links to Putin on the board. The current board members are
listen below, in the screenshot from the trust’s Wiki
page. 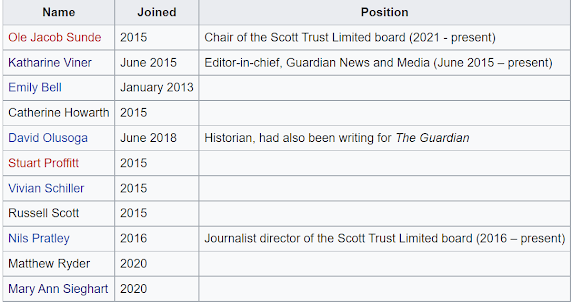 I wasn’t asked to write this article or paid or given a discount by the Guardian. 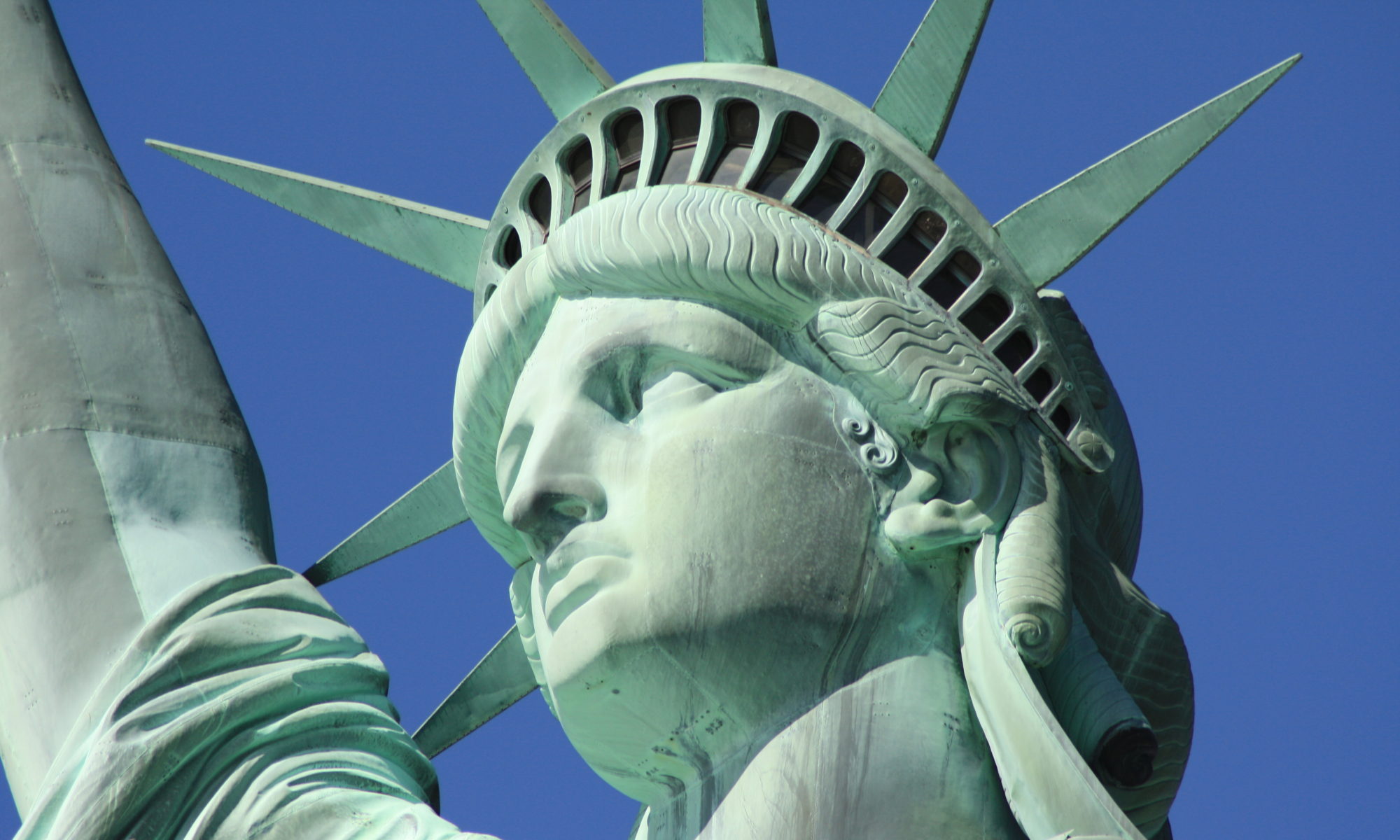 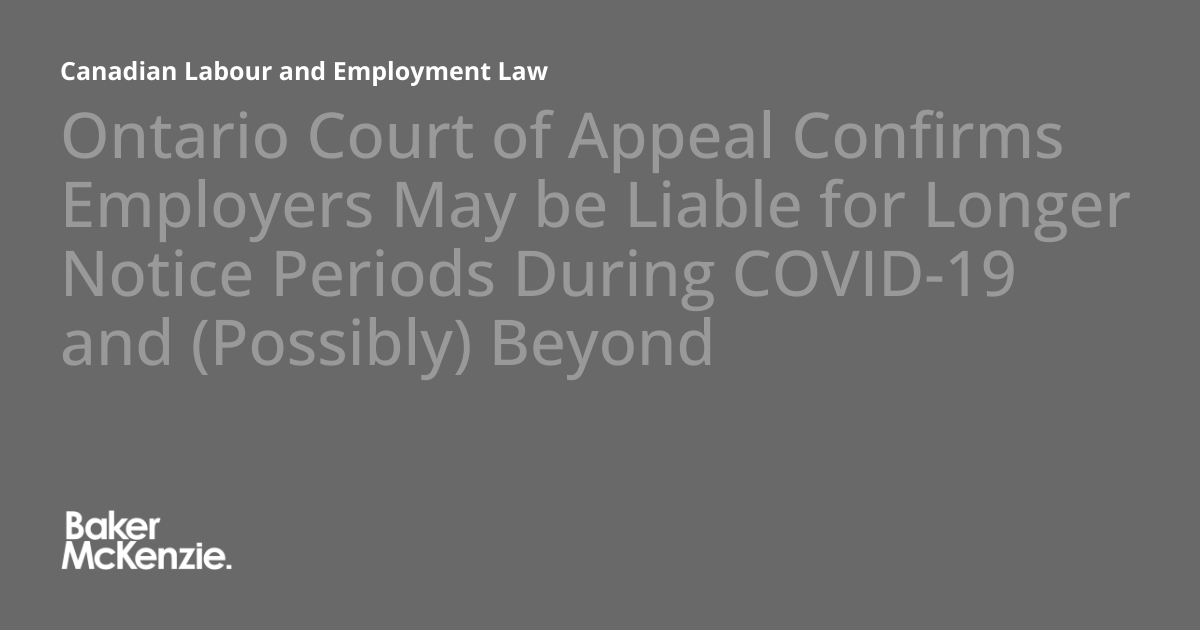